CROSSROAD - Story of a garden cafe 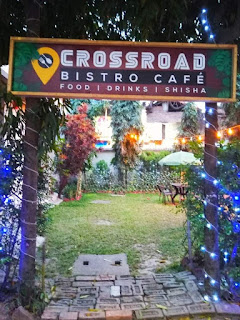 Schoring sun and northern breeze tells  Summer is knocking at the door... After a hectic day cool breeze can give u relief from the stress. And how it feels , if you get some cool shakes or mocktales  with this?? Yes , I know you are imagining that thing and thinking where to get these... Here comes the place Crossroad Cafe  Let me tell you about the place in brief.. Cross road is a garden cafe(though inside seating is also available) which started its journey a year back from mannar khabr crossing but recently they're relocated inside of Bharat laxmi studio just beside navina cinema (tollygunge area). 【you can check the current location here👇 https://maps.app.goo.gl/zXdwzuKmd7aEFCxo6 】 Now as you are planning to go there let me tell you what you will get there.. 1st you can try 𝗠𝗲𝗱𝗶𝘁𝗲𝗿𝗿𝗮𝗻𝗲𝗮𝗻 𝗖𝗵𝗶𝗰𝗸𝗲𝗻 𝗦𝗮𝗻𝗱𝘄𝗶𝗰𝗵. Loaded chicken and veggies will make You happy but what must have here is 𝗧𝗵𝗮𝗶 𝗦𝗽𝗶𝗰𝗲 𝗖𝗿𝘂𝗻𝗰𝗵𝘆 𝗙𝗶𝘀𝗵..
Post a Comment
Read more 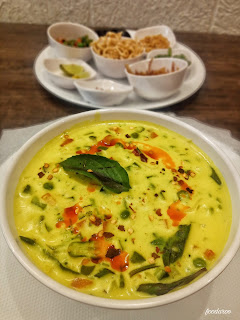 𝙠𝙝𝙤𝙬 𝙨𝙪𝙚𝙮 𝙨𝙤𝙪𝙥  /𝙠𝙝𝙖𝙪𝙨𝙖 /𝙠𝙝𝙤𝙪𝙨𝙖𝙮 /𝙠𝙝𝙖𝙪𝙨𝙚𝙮 is basically a concoction of noddles(flat one or ramen sometimes),egg & meat (pork / beef /chicken normally) in a thick creamy soup mainly made of lentil/gram flour, coconut milk and some spices and herbs. 📜 🅷🅸🆂🆃🅾🆁🆈: 🔸🔸🔸🔸🔸🔸🔸🔸 𝙠𝙝𝙤𝙬 𝙨𝙪𝙚𝙮 was originated in Burma, and came to East India with Memons who migrated from Burma during second World War. (Memons are a group of people from Gujrat who used to travel different countries for their business,and so, were known as the “sailor businessmen of India”) During the partition of India, in 1947, a large number of Memons decided to migrate from the country.Though majority of them was moving to the Pakistan, a considerable number also travelled to Myanmar. So,this Burmese delicay entered into Indian and Pakistani cuisine when they came back to there ancestors during world war II or after that and needless to say ,they have made the
Post a Comment
Read more